How to Tell When Your Chimney Needs Sweeping

It’s probably not something that you think about often, but the importance of a fully functioning chimney should never be understated. Regular chimney sweeping is a critical step toward achieving this.

All the smoke and noxious gases - such as carbon monoxide - generated during combustion in a fireplace need somewhere to go, and a clean, unimpeded chimney is what keeps them from entering back into your home.

Over time, it’s likely your chimney will collect large amounts of soot or creosote, as well as becoming blocked or clogged by debris - such as cobwebs and birds nests. Regular chimney sweeping will keep your chimney clear, preventing dangerous chimney fires and allowing it to function at optimal efficiency.

But how can you tell if your chimney is due for a sweep? Simply keep an eye out for these warning signs:

Does smoke fill the room when a fire is lit?

A clogged or blocked chimney will only become less and less effective over time. If smoke, in any quantity, generated during combustion is being blown back into the room, then your chimney will need cleaning as soon as possible in order to bring it back to acceptable working order. 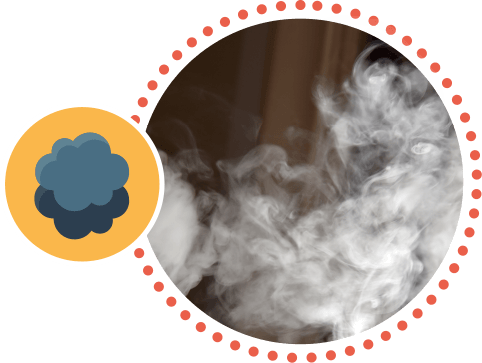 Do you detect any bad odours when the fireplace isn’t being used?

Odours coming from your chimney when it is not in use are likely caused by a buildup of creosote. Creosote and soot will naturally collect in your flue after using your fireplace. If left to collect for too long, they pose a major chimney fire hazard. Having your chimney swept will clear this away, meaning you won’t be risking any unwanted ignition. This is a key step when it comes to chimney fire prevention. 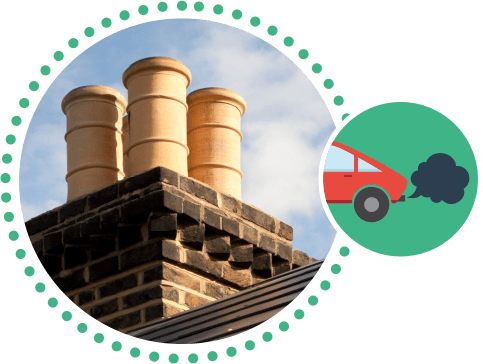 Are there visible tar deposits in your chimney?

Thick black deposits of creosote can sometimes be visible in chimneys which need to be cleaned. This can be around the stove, on the damper or stuck to the chimney lining itself. If you can see deposits easily, or if you can extract some of the buildup by reaching into your chimney, call a professional chimney sweep immediately. 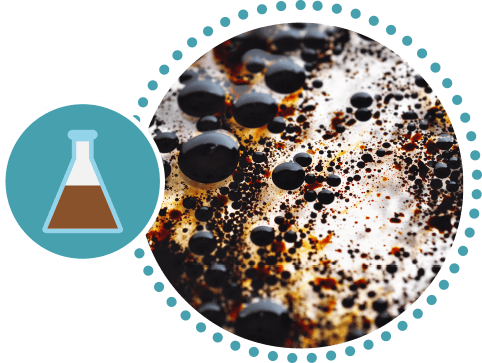 Is soot dropping into your fireplace?

If soot dropping back into your fireplace is a common sight, your chimney will need a thorough sweeping! Soot can collect throughout the chimney and can come dislodged by wind or other debris, making blockages worse or even damaging your chimney or fireplace. 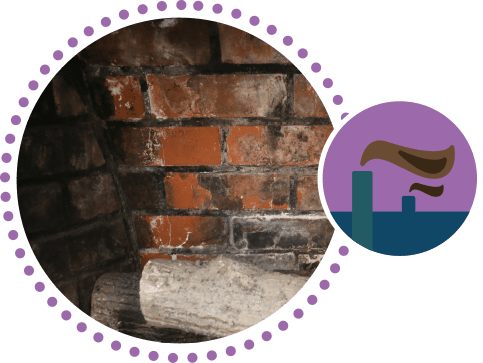 Does your fire burn poorly or take a while to start?

A fire needs sufficient air to burn properly. A blocked fireplace will take longer to ignite, and will be tougher to maintain due to reduced air flow or trapped exhaust gases. Having your chimney swept will remove obstacles affecting airflow in your chimney, vastly improving the capability and safety of your fireplace. 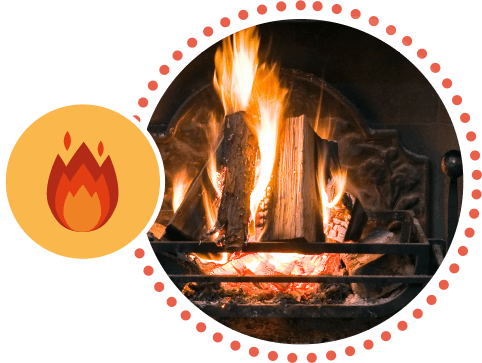 Are there signs of animals present?

Animals, particularly birds or rodents, can nest in your chimney which will drastically reduce ventilation. You might hear signs of animal activity, such as muffled scurrying and scratching, or even see physical evidence. This can be droppings, debris or brickwork becoming dislodged by their presence and falling into your fireplace. Larger nests can block flues entirely, which means smoke and gases such as carbon monoxide have nowhere to disperse but back into your home. A chimney sweep will identify and remove these kinds of blockages entirely. 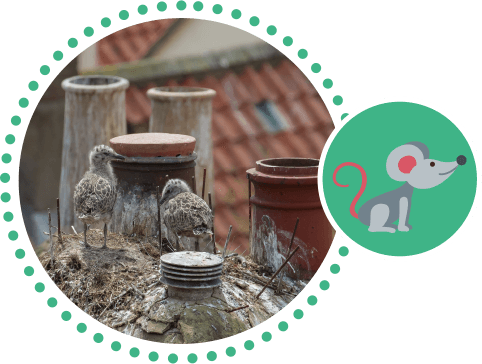 If you detect any of the above signs, you should contact a reputable chimney sweep immediately. Blocked, dirty and clogged fireplaces can experience significantly reduced performance, and pose a serious threat to your household the longer they are left untouched.

London Chimney Sweeps provide thorough, regular chimney cleaning services in and around London. We can help you maintain a healthy, functioning chimney that operates safely and efficiently, so don’t hesitate to contact us today.